What is the truth about good intentions?

You are here: Home1 / Blog2 / Business3 / What is the truth about good intentions?

Good intentions are not what you want to happen…

Good intentions are actually what “is” happening

So often you hear people say with a disappointment expression, “well I meant well”. What we mean with our thoughts and our plans is not how things come about. What manifests is the vibration or feeling when we are thinking and doing these things.

That’s why “interventions” don’t go so well. What those “well-meaning” friends and family are not aware of is what is really being broadcast. They usually come to the meeting with feelings like “you’re hopeless, you’re broken, you’re powerless, you keep doing this, etc. etc”. Then they’re surprised it doesn’t go so well.

It’s our twisted perceptions that keep us away from more joy. Take for example an alcoholic or someone on drugs. You might perceive them as somebody who is messed up but in fact if you look at the truth they are somehow who wants to get to happiness more than anyone. Enough to risk everything! So in fact, they are more determined and powerful in their mind that many of us claim to be.

Intention effects outcome so know what’s truly happening inside you

Recently, in our neighbourhood, there’s been a drive to clean up the common areas. Even a Facebook group has popped up for people wanting to help pick up litter. Lovely idea you might think and yes, the idea is wonderful. However, as people have started cleaning up and feeling ‘in control’ of their cleaner neighbourhood, I’ve noticed that posts on the Facebook group are getting more angry! So whilst the “intention” is perceived as doing good they are actually doing more harm by increasing anger, frustration, judgement and trying to control others. The hilarious observation is that I have seen the guy leaving pizza boxes on top of the bins and I can tell you he’s not part of any Facebook group. I just put his boxe in the bin and say “happy to have been of service”. 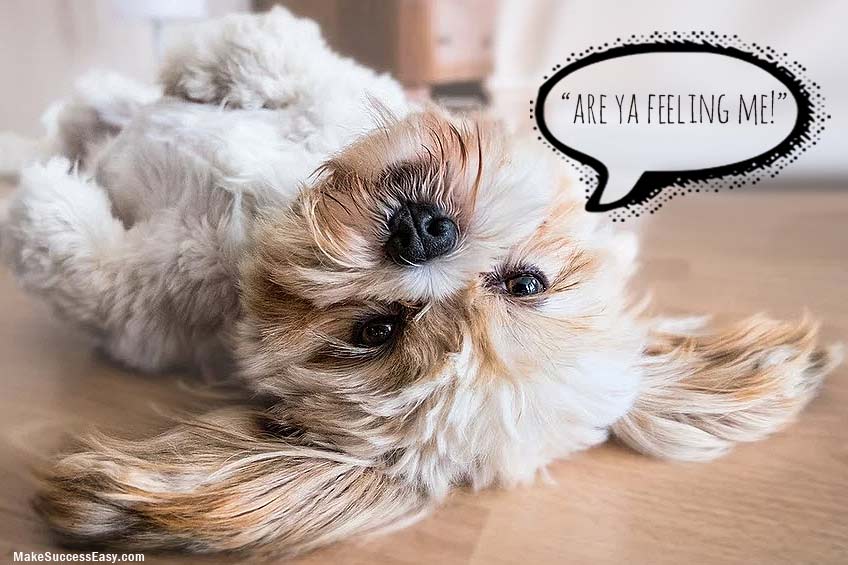 So often we can fail to realise that the only way to help is to decide to help because it gives us “good feelings”. If we are in angry mode and complaining about “how can people leave pizza boxes right next to the bins“, we’re in a bad vibe! That vibe will attract more of the very thing we don’t want… and I’ve actually noticed that more pizzas boxes are being left by the bins since this focused drive started!

The most effective place to be for clients is to expect you are going to a very exciting meeting with a wonderfully creative and abundant person. Expect to play with this person, laugh, uncover an amazing next step or solution with ease. I’m not the only person whose been to a healer and before leaving, has been asked if I want to book another session. What is the intention… “I feel that you’re still riddled with problems and you need me to fix them“. I fully understand the thinking… “well if you are perfect you don’t need me and I’m out of a job”.

Imagine going into an appointment with a client, not thinking about “you need to save them”, but thinking “I’m going to have fun. We are going to have a wonderful time together”. Just image that alone and observe how your vibe changes from them being inadequate to being vital and happy. That’s why they are coming to you but you cannot give that if you are not in that vibe. Healing is about raising vibration, it’s important to understand the mission.

A while ago I watched a documentary on Danish television about alternative healing and the placebo effect. A group of people using alternative healers with a placebo twist said they experienced feeling “better”. The documentary took the success stories to a doctor who said that they weren’t healed, it was the placebo that did it. In that moment he didn’t realise that he’d revealed how “people feeling better” was not his mission, his mission was that “people feel better because of what he did”. He needed people to need him but in feeling that, he was stating they are broken and therefore would maintain the status quo.

What we fail to see is that abundance comes from the vibe and so if a practitioner imagines themselves with all the money they  could ever need, that feeling alone shapes how they would behave in that situation. It will either cause them to realise that they don’t want to do this… or that when they go into this situation with a client, their vibe will be more peaceful and loving and therefore the outcome will be in alignment with what can happen more abundantly.

What you feel is what is created so take a moment to be aware of what you’re feeling before you act on something.

A good intention is a good vibration. Before you act, check in with how you feel about what you are expecting because that’s what you’re setting in motion and the only life you are effecting in reality is yours.

How do we end the war on “Being Gay”?